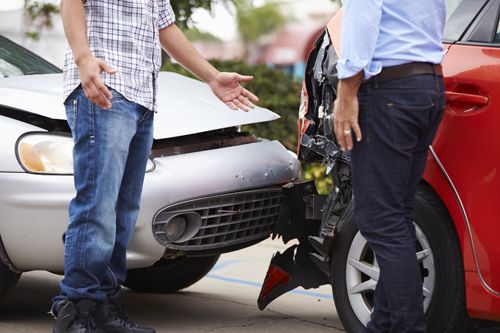 If you’ve been in an auto accident, and have sustained serious injuries, you may think you have a legal claim against the driver of the other car. But a valid legal claim can only happen if you can prove that the offending party was negligent and that negligence caused your injuries. Just because you think that the accident is the other persons fault doesn’t mean that’s true. You need evidence to support your claim, evidence that a highly experienced Salem auto accident attorney can gather through his investigations.

As an example, there was one case where the police thought it was a simple one car accident. According to the police report, the accident was caused by the intoxicated driver of the vehicle that our client was riding as a passenger (and who died in the accident). What it really turned out to be was a 2 car accident where somebody forced them off the road. There was physical evidence at the scene that proved that, and the police investigating the scene failed to pick it up.

Even though you may think it’s an open and shut case, an attorney can do the due diligence required to let you know if you have a viable case or not. Insurance companies already know this which is why you are likely to recover more in damages if you have a lawyer representing you.

Some cases take a lot of investigation and they turn out to be really difficult cases that we can’t win. It doesn’t do any good to have an attorney tell you that it’s a winning case, waste time and money, rack up doctor bills etc., that can’t be recovered if it’s not going to be provable. We do what is necessary to provide you with accurate, timely information so that you can make good decisions.

If you’ve been injured in a car accident that you think was someone else’s fault, contact the Law Offices of Brian Whitehead today for your free case evaluation.

accident car crash claims do I have a case legal claim when to hire a lawyer
fossilgraphicsWhy Hire Salem Auto Accident Attorney10.26.2015

How much will you get from a car accident claim in Salem OR?

Auto accident Salem Oregon – What you need to know