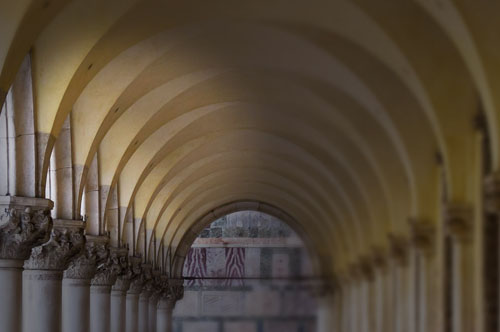 A question that often comes up is, “Can I sue my employer if I’ve been hurt at work?”. In most circumstances, an employee who flies a workers compensation claim in Oregon is entitled to certain limited benefits if his or her claim is accepted by the workers comp insurance carrier. Typically, in this arrangement, the worker gives up his right to sue the employer but there are a few exceptions.

If a worker has the type of injury that workers compensation doesn’t cover at all then he can sue the employer in tort. An example is if he has a pre-existing condition that is made worse by a work related accident that is the employers fault. In this case, the employee has to show that the major contributing cause for the need of medical treatment and disability is the injury rather than the pre – existing condition.

Typically, this situation presents itself when a person is old and has degenerative disc disease which predisposes him/her to injury. Then an accident happens, like the employer is driving a vehicle, gets in an accident, and the person’s neck is hurt as a result.

Oftentimes the doctors will say that, even though the work related accident that caused the preexisting condition to become symptomatic was the employers fault, the worker’s lifelong exposure to other injuries, the aging process and the fact that he had the pre-existing condition, are the main causes of the injury. If that is case, its not covered by workers compensation and the worker can sue the employer. And because the suit is a personal injury case, he just has to show that it had a material causation to the increased symptoms.

Bear in mind, by law, the employee has to file the workers comp claim before he or she can bring a smothers claim against the employer.

Can I sue my employer for intentional injuries?

Another situation where a worker might be able to sue is if he can prove that an injury was caused intentionally by the employer. The degree of likelihood that an injury is going to occur is used to determine whether the injury was intentional or not and is something that a jury gets to decide. How do they decide?

A famous judge tried to explain the difference between intent and negligence. It’s a fine line. He used the following hypothetical example is if a person shoots an arrow into the desert and it hits somebody. Well that might be negligence because he didn’t expect anyone to be there. He didn’t intend to hit anybody. On the other hand, if he shoots it into a crowd, even though he really don’t want to hit anybody that would be intentional because the likelihood of causing the injury is so great.

I have had cases where one worker was sent into a situation where he got poisoned, came out vomiting, saying “I’m sick”, and the employer just sent the next guy in. The first guy may not have been intentionally injured, but the second guy was.

There was one case where an employer sent a female worker at a correctional facility into a locked room full of known rapists and she was raped. That was also found to be an intentional injury.

In any event, if you’ve been injured at work, solid legal advice based on years of experience and expertise in workers compensation claims can make the difference between getting what you’re entitled to and getting nothing at all. Don’t hesitate to contact or office immediately to schedule your free case evaluation.

fossilgraphicsCan I sue my employer after getting hurt at work?01.12.2016